Alce Nero Senatore Cappelli penne rigate is made using the ancient durum wheat variety that takes its name from the Abruzzo senator who promoted the agrarian reform at the beginning of the 1900s that led to a distinction being made between hard and soft wheat varieties.
Grown in Italy, it’s distinguished by its intense aroma, strong flavour and tall ears of wheat that can reach up to 1.80 metres and end in their unmistakeable black bristles.
It’s particularly resistant to dry climates and is considered to be the king of Italian durum wheat.
The semolina dough, made with spring water from the Dolomites, also gives it an unmistakeable flavour.
Organic Senatore Cappelli penne rigate pasta holds sauce thanks to the grooves on the exterior, offering intense flavour with every bite. 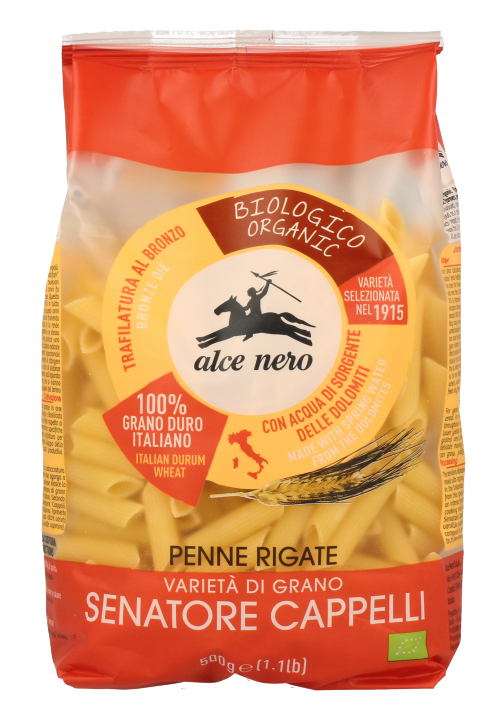